Dirk Maassen: “I pour my thoughts and emotions into my piano music” 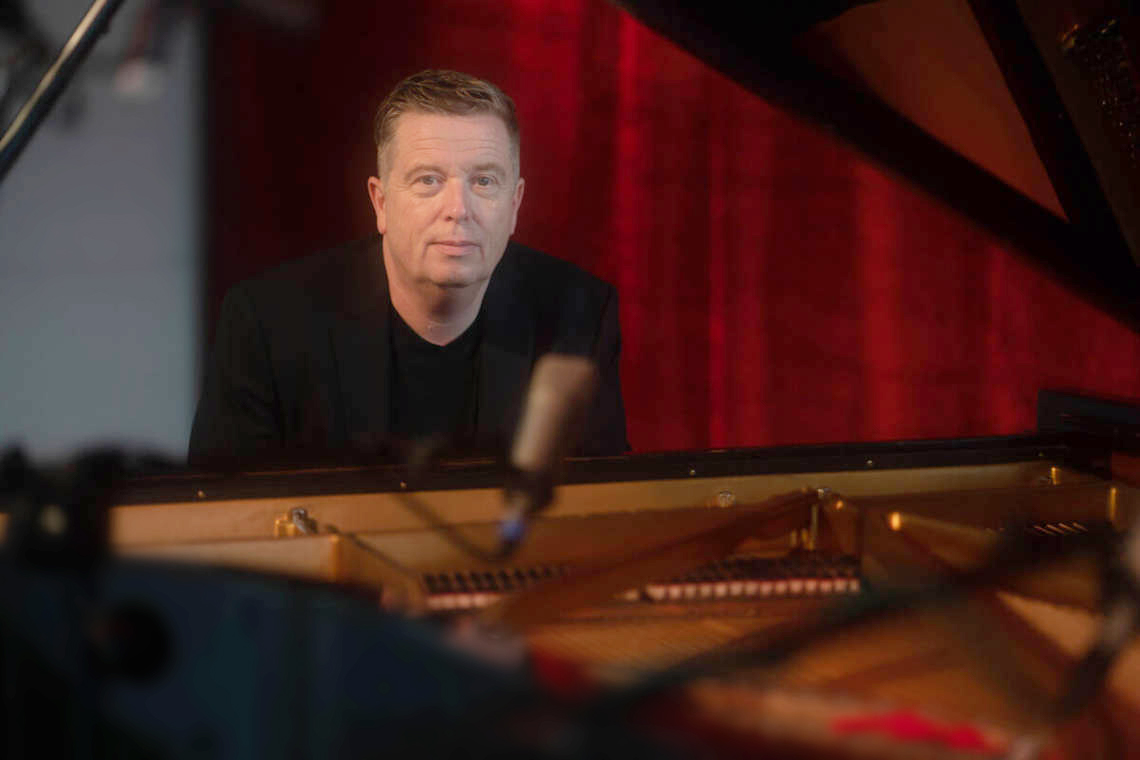 German composer & pianist Dirk Maassen leads a double life – during the day, he is a software engineer. At night, he composes chart-topping piano music, moves the hearts of music streamers all over the world, and attracts listeners, big publishing companies, and moviemakers alike. We interviewed this grounded genius whose music is now available on OKTAV.

OKTAV: Your love of music started as a child – how did you discover music?

DIRK MAASSEN: I remember when music really gripped my soul – it was during mass when the organ played. I must have been around five years old. I felt like I was part of the music, part of another world. And I had to work hard to get my parents to allow me to play an instrument. Some children grow up in households where everyone plays an instrument and they are naturally expected to start, too, at an early age. Not me. I really had to persuade my parents. In the end, the organ player at my church taught me to play the piano and the organ for free. I started out playing a lot of Bach. But I never wanted to be a church organist, even though liturgical music was a big early influence.

“Improvising music is my diary”

OKTAV: It was the eighties. What music did you like back then?

DIRK MAASSEN: I liked synthie pop – Depeche Mode, Kraftwerk. I had my own band and we were locally successful. However, I wanted to have a “proper” education, too. So I decided to become a sound engineer. I studied electrical engineering, came into contact with software development and started to delve into it. I truly enjoy it. In a way, I find it very creative, too. Music became something I did in private. I composed as if I were writing a diary. I still do. I pour my thoughts and my emotions into my music. It is my language, my way of getting to grips with myself, life, and the world.

OKTAV: So you were working as a software developer, and composing your music. How did you become the streaming sensation you are today?

DIRK MAASSEN: My friends kept telling me I should get my music out there, make it available to more people. So I googled how I could do that. I recorded my piece “To the Sky” and put it up on Soundcloud, not expecting much of it. The next day, I had over 100 e-mails in my inbox. Apparently, the piece had generated over 10,000 streams overnight, and more than 100 comments. This triggered some beneficial algorithms, and a few days later, “To the Sky” topped the Soundcloud Classical music charts. So I decided to record more music, and, again, people seemed to like it. I published my music on Spotify and suddenly had over a million monthly listeners.

OKTAV: So when you started to perform your music live you had already established an eager audience?

DIRK MAASSEN: “Exactly. I kept getting concert invitations to various places, like “when are you in NY? I’d love to see you!” So I decided to organize a private concert in my rehearsal room in the basement – and I invited only seven (!) random strangers. I did those concerts that I called “minimal piano” a couple of times, then I did a concert at a bigger venue, and it sold out quickly. So I toured Germany, and it was a success. Now I am touring Europe, and am loving it! I love to meet and talk to the people that come to my concert. I want to understand why I am successful, and what it is about my music that appeals to them.

OKTAV: But you still work as a software developer, too. And you don’t want to change that even though you could make a living with your music...

DIRK MAASSEN: It is all about balance. It is true that I could give up my software engineer job and concentrate on composing and performing. I earn enough with my music. But I have no wish to only make music. I find that having another job, too, gives me the freedom to express myself as an artist. I don’t have to compromise that to maximize my earnings. If music is your sole source of income you have to make sure you stay successful, and that carries the danger of becoming inauthentic. When my publishing company, Sony, first approached me, I could negotiate exactly the contract I wanted because I knew I would never have to completely depend on them. Nice if it works out, not a catastrophe if it does not. Speaking of catastrophes – of course, I was glad I kept my engineer job when Covid-19 struck. So, lots of reasons to continue my double life.

On the process of composing

OKTAV: How do you compose? Do you have something like a music routine you adhere to?

DIRK MAASSEN: I do. Every morning, I start out practicing the pieces I perform. This is quite repetitive, so I use a training method called “differentiated learning” that I borrowed from sports. It means I approach a piece from every angle I can think of. I play it loudly, quietly, staccato, legato, I change my seating position, I play it extra slowly, I don’t press the keys but just lay my fingers on them – I do whatever I can with the piece to really explore it.

At night, I compose. I start by improvising, which I record. I really let the music lead me where it wants to go, and at a later stage, I re-listen to it, and something catches my attention. I then work on that idea, use my composition skills and build the piece. I hardly ever compose the other way round, i.e. writing down sheet music first, and playing it afterward.

OKTAV: Where do you compose? Do you have a special piano for that purpose?

DIRK MAASSEN: I have 5 pianos – two grand pianos, and three upright ones, and they all differ in sound. So I know that one of my grand pianos “sings” more, while the other is more precise and clipped. I used a studio grand piano on some recordings, but mostly I use my own. Each piano enters into a different kind of dialogue with me and allows me to compose music that could only have been written on that particular instrument.

On the piano as an instrument

OKTAV: What do you love about playing the piano?

DIRK MAASSEN: I love that the piano is an expressive, immediate instrument with an enormous range of possibilities. I also like that I don’t depend on electronics – I just sit down and let it flow!

OKTAV: Do you have a piece of wisdom to share with piano beginners?

DIRK MAASSEN: Yes – play music you love. This will keep you motivated. And play pieces you can handle. Being enthusiastic will allow you to achieve a status of “flow”, and you’ll practice more, and get better. Don’t just study the mechanics. Put your heart into it.

OKTAV: Which 2 pieces that are available on OKTAV would you recommend to piano players that want to play your music?

DIRK MAASSEN: Feather – the title is kind of a pun. If you take the “e” out, it says “father”. My father had a stroke just before he could come to one of my concerts, so I wrote and recorded this piece, gave it to him, and told him “you will hear me play this live when you are better, because you WILL get better.” And he did. In it, you can hear sadness, worry, but also my wish for a happy ending. I drew on a memory of walking with my father. We would go for walks, not talking much – being men – but feeling connected.

Two Skies – this is on my album “Ocean”. In it, I process my two lives, the two worlds I live in, as a software engineer and musician. You will feel me jumping hither and either from one side of my life to the other – in the left hand. The left hand is the one leads to the heart!