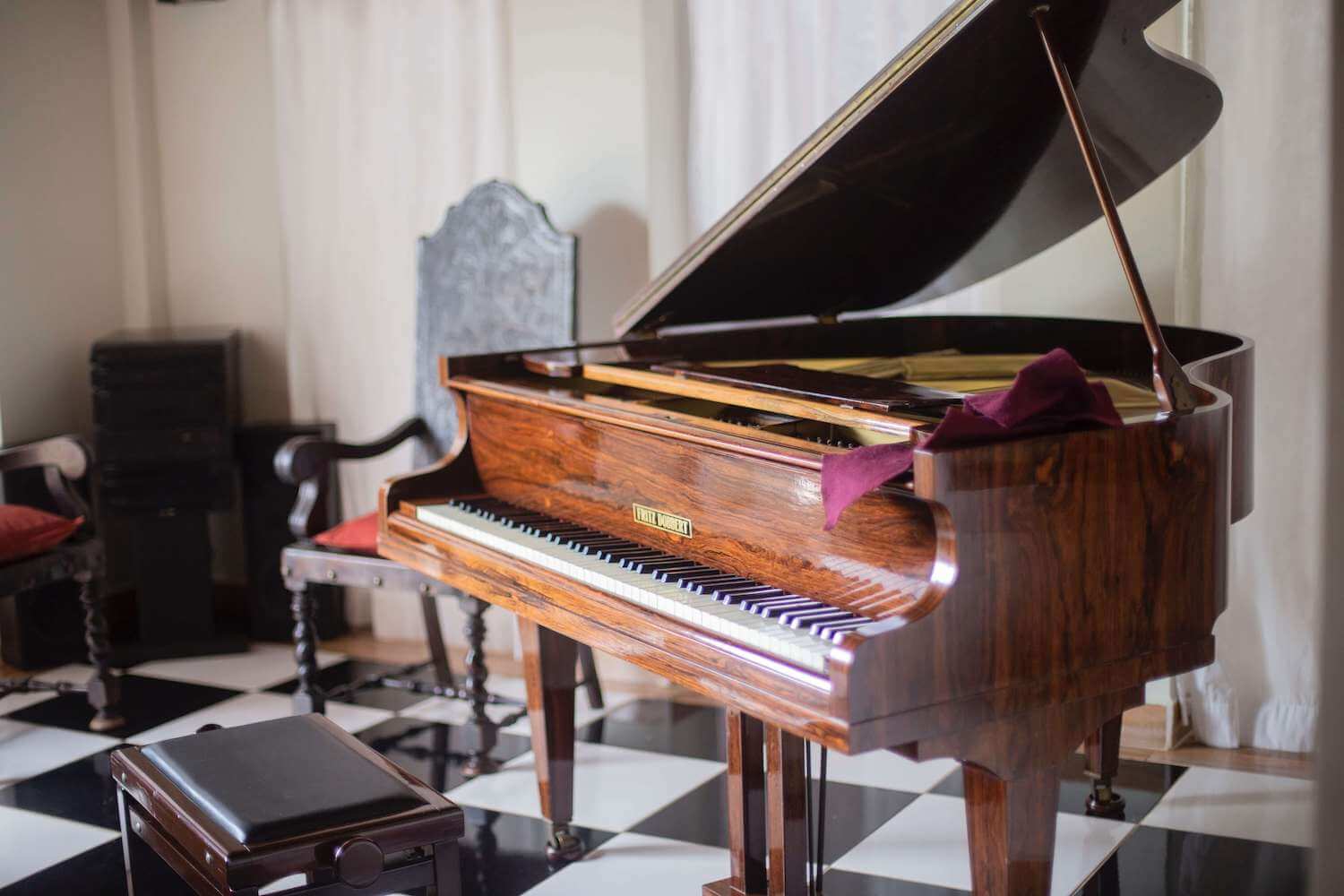 Most people are probably familiar with the term “classic hits” – and they never get old. Especially on the piano there are classical songs so famous, that everybody recognizes them instantly. Their catchy melodies and moving harmonies make them especially popular to audiences of all kind. It should come as no surprise that kids ask to play them as much as adults do. We have put together a list of the 25 most famous classical piano songs for beginners, ambitious, advanced and virtuoso players.

Let’s start with pieces that are perfect for beginners (which means virtuoso players scroll all the way to the bottom because we assumed you’d be really fast in doing that).

So you think that beginners only play simple songs? That’s only one version of the truth. “Easy” is the more appropriate word, because when people hear “simple,” they often think of monotonous, harsh-sounding melodies, something that does not hold true for the pieces we’ve selected for beginners.

On the contrary: The harmonies in Erik Satie’s Profiter de ce qu’il a des cors aux pieds pour lui prendre son cerceau are pure broken triads. The piece is easy to play, but that’s because the harmonies don’t really change. Pachelbel’s Canon in D is also based on the principle of repetition by the way. His composition uses an ostinato, where the bass figure repeats continuously, over which the melody is placed. As you can see, beginners can also play famous classical piano songs, and they don’t have to shy away from big names, special tunes or moving harmonies.

Here’s the first beginner-friendly 7 of our 25 most famous classical piano songs:

Have you been playing piano for some time now, or are you getting back into it? In that case, these famous classical piano songs are meant for you.

This list with the following famous songs covers all classical musical eras and styles; the only thing they have in common is that they are among the most popular classical songs. So: Which of these do you already know?

Up your game with these 10 ambitious classical piano songs:

The next six of our top 25 most famous classical piano songs are by Debussy, Mozart, Beethoven, Chopin and Fauré. And these definitely count as the most beautiful and famous classical piano songs out there. If you find some of these pieces too difficult (yet beautiful), we have simpler arrangements available as well, so you can still enjoy playing them.

Set the stage and play these 6 beautiful advanced arrangements for classical piano:

Last but not least, we have two extremely difficult, but famous classical piano songs. These are a must-have for everybody looking to get a complete overview of the most popular classic hits.

Beethoven was just 27 years old when he composed his Sonata Pathétique, of which the first movement counts as one of his most well-known pieces. Nowadays, it is considered the piece that marks the emergence of the style so typical of Beethoven: passionate and turbulent.

But Chopin’s Prélude, from his well-known set of compositions, Opus 28, is a particularly virtuosic piece, featuring polyrhythms and continuous thirty-second-note figurations in the right hand, and triplet sixteenth notes in the left hand.

Want to get your hands at this? Here you go:

The final 2 of the 25 famous classical piano songs

And what about your classical favourite? We’re sure you might find it in our complete list of classical arrangements for piano.