All Major And Minor Scales 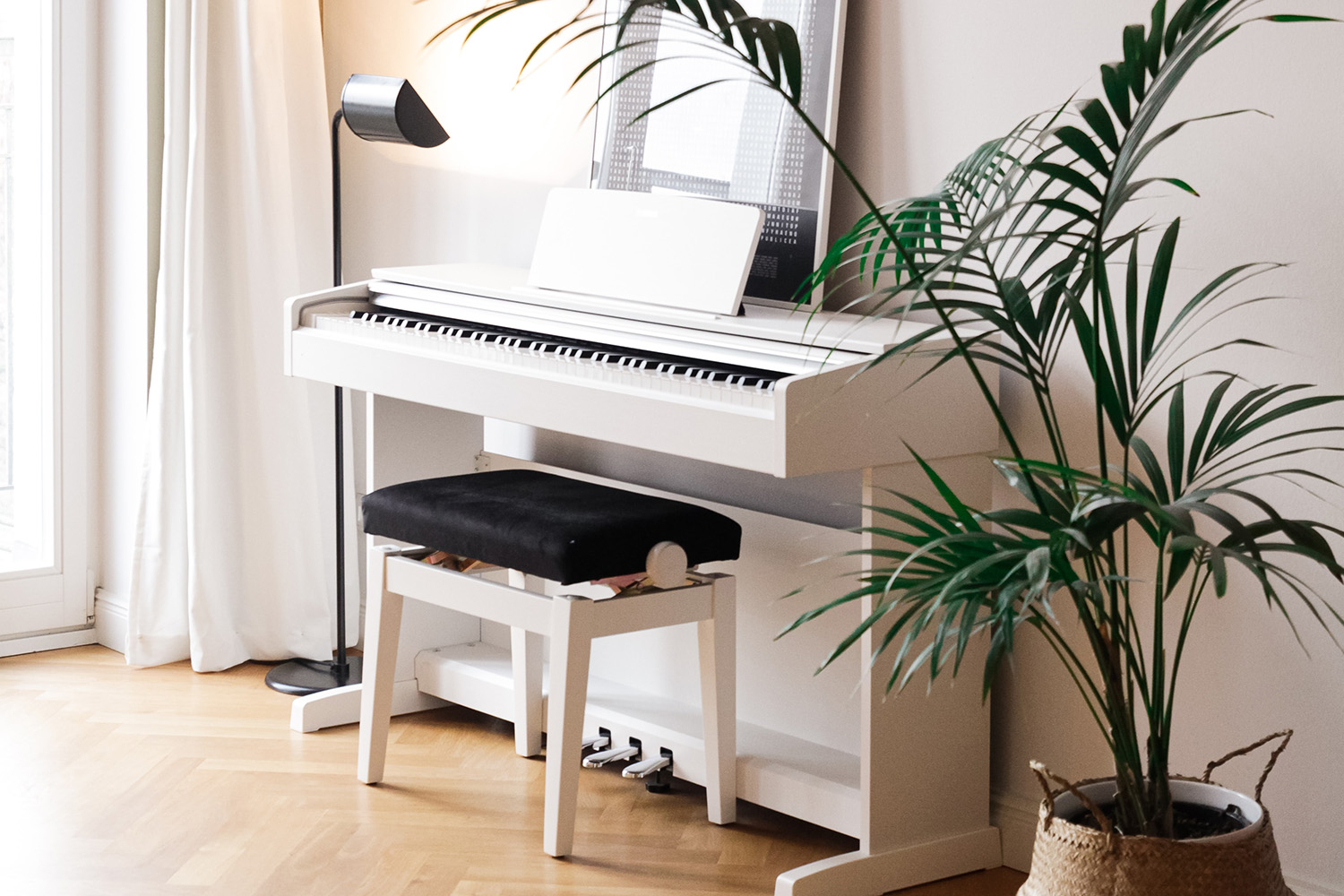 Are you trying to learn all the major and minor scales on the piano but find the whole matter confusing – all those sharps and flats? Well, it’s not really hard once you grasp the concept of it. Let us walk you through each scale and determine how it’s best played on the piano.

Scales are a vital part of learning the piano and developing your skills, whether you are struggling with your improvisation skills, or simply want to learn the theory behind the music. We assure you: If you practice all the major and minor scales on the piano you will greatly improve your overall skills. Just implement them in your piano warm-up. This way you’ll combine theory and practice.

What Is a Scale?

A scale in music is a collection of notes that represent the same key. They begin on what is called the ‘Tonic’ note, or the key note. Each scale represents a key.  If you analyze a piece of music and the notes are based on the C major scale, then the piece of music will be in the key of C major. On the piano, we play the scales with both hands simultaneously.

Major scales are usually the first scales to tackle on the piano as they are most commonly used in everyday music. Pieces in a major key are generally associated with upbeat, happy music.  A lot of today’s pop music uses major keys.

The second scale we would like to introduce you to is the G major scale. “Hey”, we hear you say, “why not the D major scale? D comes after C! Explain yourselves, please.” Well, here’s the explanation: We would like you to systematically work your way through an ever-increasing number of sharps. As you have just noticed, C major has no sharps at all. Now G major sports ONE sharp in the scale. It -sort of- eases you into the world of black keys, and this is why we will tackle it next.

The G major scale includes the notes G, A, B, C, D, E, F#, and G. As you notice hereby, F# is our one little sharp to remember! Play all of the notes on the white keys – except for that F# where you reach up for the corresponding black key! To keep things easy, use the same finger pattern as with the C major scale.

Now then, here is your D major scale. For some reason, it is a popular key for many songs. This scale consists of the notes D, E, F#, G, A, B, C#, and D. The key signature of the D Major scale on the music stave shows TWO sharps, so two black keys.

When tackling the D major scale, your right hand plays the initial D with your thumb, and then crosses over, using your thumb to play the G note. With your left hand, once you arrive at your third finger, you cross your thumb underneath to play the B note.

This is the scale of D major, with the associated fingerings that we kindly suggest you use for each note.

The notes of the A major scale are A, B, C#, D, E, F#, G#, and A. So sharps are definitely escalating at this point: THREE of them are in this scale’s key signature. Find the written scale of A Major below, with, as usual per now, instructions for which fingers to use for each note.

This is when sharps are really having their moment! This scale consists of FOUR of them. The notes are E, F#, G#, A, B, C#, D#, and E. So your black keys will get a good workout when you practice (as will your fingers)!

With E major, use the same finger pattern as in the other major scales (crossing your thumb after the third finger on your right hand, etc.).

Below, see the written music of the E Major Scale, with all the fingers involved. And please do remember the four sharps we have introduced you to!

There’s always that one person in life that does things a little differently than the others. This person is like the F major scale. The F major scale is the one basic major scale that contains not a sharp note, but a flat one (B flat). The notes this scale is built of are F, G, A, B flat, C, D, E, and F. To keep you entertained, the suggested finger positions for the F major scale differ as well. Instead of changing to your thumb after the third note, change after the FOURTH note. In other words, play the C with your thumb.

Now to the minor scales. They are an entirely different matter when it comes to the mood they create. While the major scales are generally perceived as happy and uplifting, the minor ones are more often described as having a more mellow, sad, tranquil quality.  There are three types of Minor scales to distinguish between: The natural minor scale, the harmonic minor scale, and the melodic minor scale (handy trivia to know should that question ever arise in a game of Trivial Pursuit). We will look at the natural minor scales as you are most likely to come across them when beginning to learn the piano.

It is easiest to remember the minor scales when you match them to their “sister” major scale – the corresponding scale with the same sets of notes (although starting on a different note) and the same key signature. Confused? See for yourself: The A minor scale is the “minor sister” of C major. Look at the two scales: A minor consists of the same sets of notes (starting and ending on A, however, and not on C), and has the same key signature. This is what we wanted to point out (for a closer view of the relationship between minor and major chords, check our circle of fifths).  Back to our A minor scale. Based on what you’ve already learned, you are probably able to deduct that the notes of the A minor scale are A, B, C, D, E, F, G, and A.  No sharps, no flats.

Below, find the A minor scale with the appropriate fingers to use for each note.

The B minor scale includes 2 sharps and consists of the notes B, C#, D, E, F#, G, A, and B. Look familiar? That’s because the relative (“sister”) major scale of B minor is D major.

Below, find the D minor scale with the numbers indicating which digits are supposed to be used.

The F minor natural scale consists of four flats and the notes are F, G, A flat, B flat, C, D flat, E flat, and F.  Below … you know the drill.

You probably feel exhausted at this point. Don’t be! This list of major and minor scales is far from being exhaustive. There are many more scales to learn, and there are many more exercises to learn the plethora of scales existing in our universe. What this article aims at is to give you a great foundation in basic music theory and a start to practicing improvisation. Once you really know these scales by heart and can play them without much thinking, improvising and playing along to your favorite songs by ear will become so much easier. If you want to learn more about scales, dive deeply into blues scales and jazz scales.

Download all Major and Minor scales as free PDF