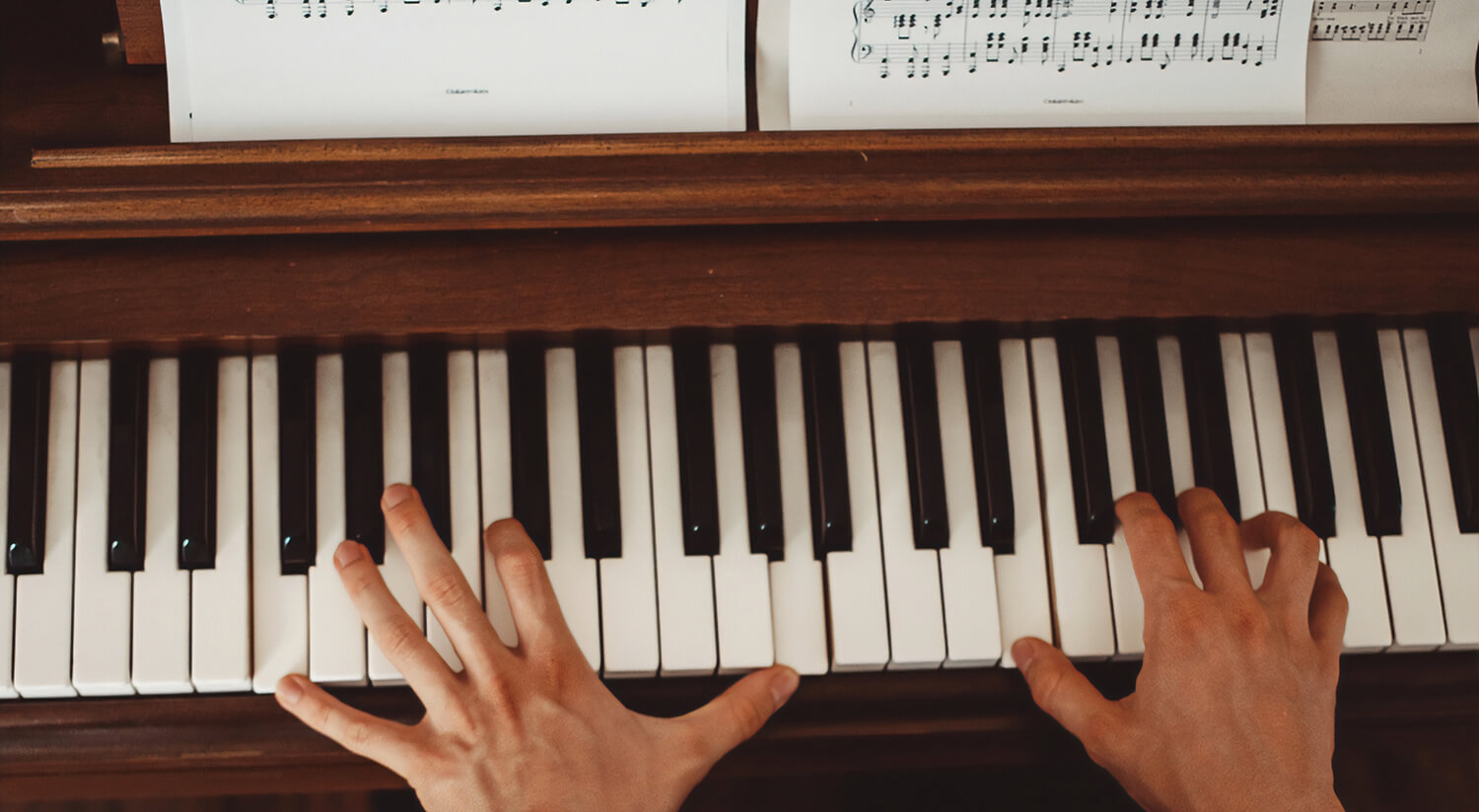 In music theory the word inversion can mean a few different things, all the concepts are similar but each specific to the circumstances. When talking about chords, inversion generally tells us where the root or bass note is compared to the other notes in the chord. And major chord inversions of course refer to the ones on major keys. It technically doesn’t refer to all variations of notes, but these days it is used just the same.

And let’s be honest, that’s the hard part about music theory! Things are sometimes THIS way, but occasionally THAT way! It can be a problem, but luckily this is a very easy concept to grasp. Let’s take a quick moment to sit at the piano and sort our major chord inversions out!

Remember: A major triad is a chord that has the root note, major 3rd, and fifth of the scale. A simple major C scale is;

So the notes of the C major chord are simply C, E, and G. By raising or lowering the 3rd or 5th note we can get minor, augmented, or diminished chords. Otherwise the major chord will always be the 1 3 5 of the major scale.

Unless otherwise noted the C or root note is always in the bass, or the lowest note of the group. Now if we take those notes and rearrange them we can put the E or G on the bottom. And while it still has the same notes, it will sound a little different than with the C in the bass. This different order will also change the note intervals. Remember each interval has a specific sound.

The next note in the chord will always be the low note in the first inversion, so here we have E in the bass. And the next note up is G and now C is the last. Our intervals are now a minor 3rd and minor 6th because the E to G is 3 steps and E to C is now 8 steps. Play C-E-G in order and now E-G-C, see how these note distances change the sound.

And if we put the last note G in the first position we have the second inversion. Once again the intervals have changed. If we play our notes one at a time it gives the C chord with the same notes but a different vibe.

When we have chords that are four notes long we can get into third inversions, which is the 7th note in the bass. For a C7 the third inversion would have the note order of Bb, C, E, and G. Again our intervals have changed, but otherwise we are playing the same chord!

And now you will be able to make sense of slash chords, many beginners are confused by chords that look like this; C/B. But now that you know about inversions, these slash chords  are actually super easy!

A slash chord is simply telling us which inversion it is, or whatever note is needed for the bass. A C/E chord is another way to write the second inversion of C. And thus a C/B chord is a way of showing that the bass isn’t C, E, or G instead a note not even the chord! It can still have a C note in the chord, but in this case the root is a B. The note after the slash just denotes the root or bass, so that C7 third inversion will be C7/Bb.

How To Use Major Chord Inversions

Depending on what you are playing will affect the sound of inversions. If you play the full regular C major on your piano and then the inversions they will sound similar, just a little higher. But if we arpeggiate those notes or play them one at a time it changes the intervals. Play each note of all the inversions and see how the intervals now give a different sound.

If you are playing a song that relies heavily on one chord with little movement you can get a little variation with inversions. And you can create smooth basslines using the regular known inversions or slash chords. Inversions are also good to know to keep the movement of your hand at a minimum, an absolutely essential part of playing the piano! Major chord inversions are such an easy part of music theory and knowing them will get you well on your way to being a great pianist! Now move on to the minor chord inversions to dive a little deeper.