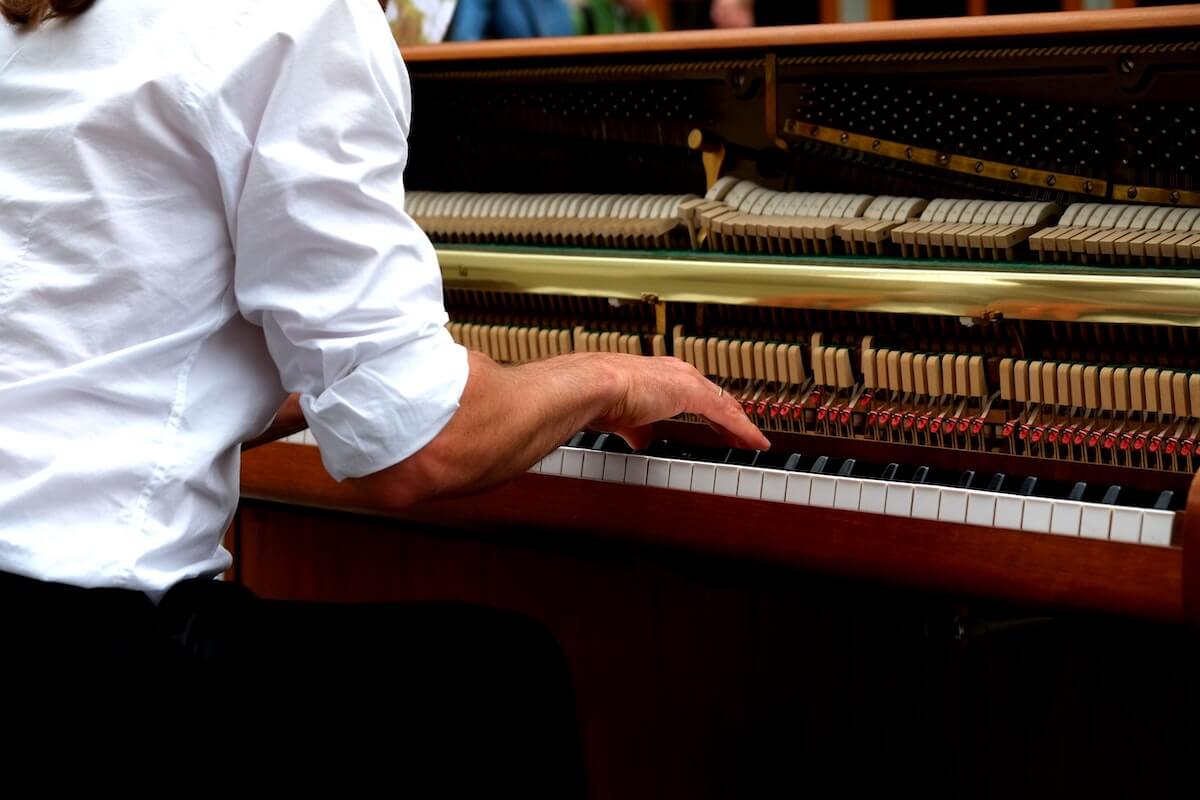 Chord inversions are one of the easier parts of music theory. As long as you have a decent understanding of the major and minor chords you will be set. Once you know the notes it is simply a matter of rearranging them. But while it may be simple, it doesn’t mean they are not important. In this article we will discuss minor chord inversions and why they are so essential when playing the piano.

When we first start to make chords it is essential to know the right scale. Usually the first scale we learn is C major:

And by using the 1st (root), 3rd, and 5th notes we get the C major chord made up of C E G. Now to get the C minor chord we use the same formula but we flatten the third note C Eb G. Which is part of the C minor scale:

The minor chord has intervals of a C-E minor third (3 semitones apart) on bottom and G-C major third on top (four semitones apart). This of course works for all keys. If we know the F major chord is F A C then all we have to do is flatten the 3rd to get F Ab C. Easy right?

Now to make an inversion, all you do is change the order of the notes!

Usually when we play Fm the F will always be in the root, but every now and then we want to change that root note. For the first inversion we make the Ab the root or bass note and then the C and F follow. Notice that our intervals between the notes changed! Now if we play this chord one note at a time it will sound different and it is notated as F/Ab.

And it follows that the second inversion will start from the last note C, giving us C F Ab. Again we have the same chord when played all at once, but different intervals when played one note at a time. This chord is notated as F/C. Depending on the music being composed a musician may want to use the same chord, but change the sound by playing the notes in different orders than the usual F in the bass.

If we extend our chords into four notes we can also get a third inversion. Fmin7 is made up of the notes F Ab C Eb. Now we use the Eb to start the Fmin7/Eb chord.

Slash chords are often a mystery to many new players but now you see how simple they really are. And they don’t always have to contain a note of the chord. An F/E will denote an F major with the E in the bass, which is not an inversion but the slash still shows us the root note.

How to Use Minor Chord Inversions

If you haven’t read our major chord inversion article you will see that it is the same process. And once you understand the minor, major, and even four note inversions you will be on your way to being a better piano player. The best part about inversions is how they minimize the movement of your hands when playing. In some cases it may be quicker to jump between two chords if you try the first or second inversion. Or if those two chords are similar, by using inversions with nearly the same notes we can also make it easier to play.

Multiple instruments beyond piano also use minor chord inversions for creating bass lines. You can stay on a chord while changing the root notes to ascend or descend. If you are ever trying to learn a song that seems to stay on the same chord, try changing between different inversions. And these formulas work for every major and minor key. In fact you should now be able to take any chord you see and find all of its inversions! With just this little bit of music theory your piano skills will surely get better.