Piano Pedals And What They Do 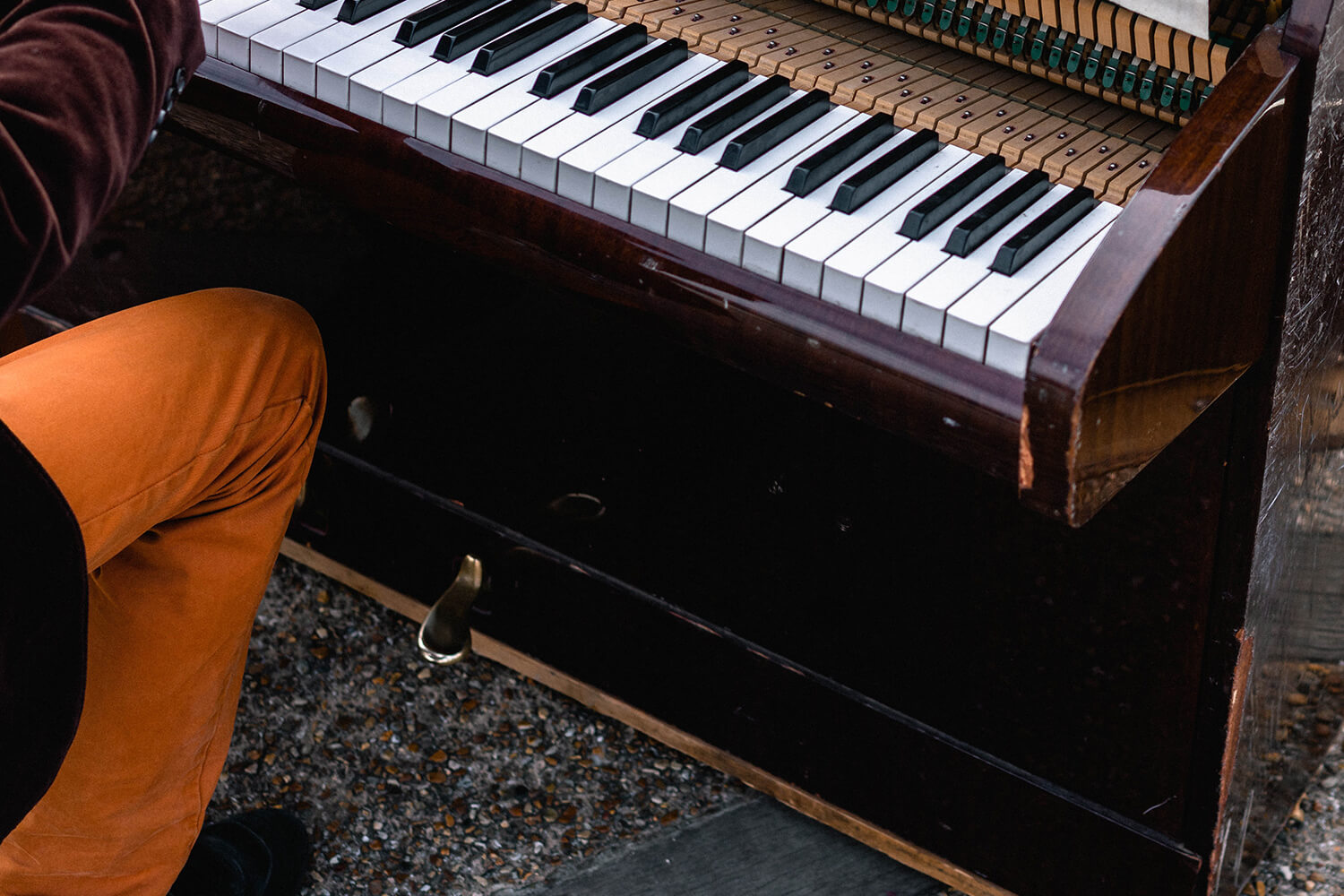 If you haven’t had a formal education on the piano, you may have wondered what the piano pedals do. Or you may have had the chance to play some piano and while you realized they changed the sound but you weren’t sure how. In this article we will take a quick look at the mechanics and sound sculpting abilities of the piano pedals.

When you press any key down on a piano it causes a hammer inside to strike down on a group of strings. These groups are tuned to each note, which means a lot of tuning! Some bass notes have two strings and as we move up the octaves there are three strings per note. There are 88 keys that usually have about 230 strings.

As the hammer is striking, the dampers also lift off the string so they can play the note they are tuned to. Normally these dampers lift off briefly as the note is played and then quickly fall back down muting the notes as you move on. The main piano pedals used directly affect these dampers and how they fall back on the string.

How many pedals does a modern piano have?

Modern pianos usually have 3 pedals: the damper pedal, the soft pedal and the sostenuto pedal.

By stepping on these pedals you are essentially moving the dampers up or a little to the side, depending on what you want to do with your sound. While you will most likely see pianos with three pedals, it is possible to have just one or two.

In music letting a note ring out longer than normal is called sustain. And the pedal furthest to the right is always the sustaining or damper pedal. If a piano only has one pedal it is always meant for sustain. As you press it, the dampers stay raised so any string you play will ring out! This can quickly create some rich harmonics as all these strings and their pitches are sustained together.

The damper pedal has been called the soul of the piano with good reason. Even if you don’t know what the pedal does, it is obvious how great it sounds when you hold it down and play some chords. There is even a method of “half-pedaling” where you don’t pull the dampers up all the way. Beethoven did this in his Moonlight Sonata.

This piano pedal is always furthest to the left and also known as the una corda. It was the first attempt to really fiddle with the sound of the notes. The sustain above was an obvious need and practical mechanically, for the soft pedal we are actually slightly moving the hammers to the right. When the hammers move, they only strike 1 of 2 bass strings and 2 of 3 treble strings.

In modern pianos this pedal is sometimes called a “half blow pedal” as the hammers are moved closer with the pedal, rather than to the right. The entire point of this pedal is to give a modified sound. It is a little softer and different when only playing the partial chord. It doesn’t just change the volume but also the overall tone quality and timbre. Beethoven took advantage of this pedal in his Concerto No.4.

While many pianos have a third pedal, the use of it will depend on whether it is an upright or grand and how old it is.

A lot of grand pianos use a sostenuto on the middle pedal, this is just like the sustain above, only with specific notes! The sustaining pedal will just lift all the dampers, while the sostenuto pedal only opens the dampers specific to the note or chord played.

On some upright pianos the middle pedal is pushed down and engaged to place a long felt muffler over the strings. This lowered the sound making it perfect for students to practice without being too loud and annoying!

When to Use the Piano Pedals

If you want to know specifically when a piece of sheet music calls for a pedal, you may see symbols like in these 3 examples:

Here is some more detail on modern notation for pedals.

Other than the occasions where sheet music tells you to use a pedal, how do you know? Well many famous composers have made it clear that most pedal use is up to the player. It is similar to a guitarist on stage: When they step on electronic pedals to give a wah-wah effect or echo, there is no telling when to modulate the sound. You just have to listen to the music you like and learn and copy.

At the end of the day when to play the piano pedals are all up to you. You know the sustain is the soul of the piano, but it can quickly become overused or garbled with the wrong notes mixing. You have to listen and find the best time to use a pedal. As you learn to play your scales and songs experiment with sustaining and softening the sound your piano makes. With practice you will know when either is needed in the song you are playing! Keep on reading to learn how to clean your piano keys without damaging them and find out how a piano works!