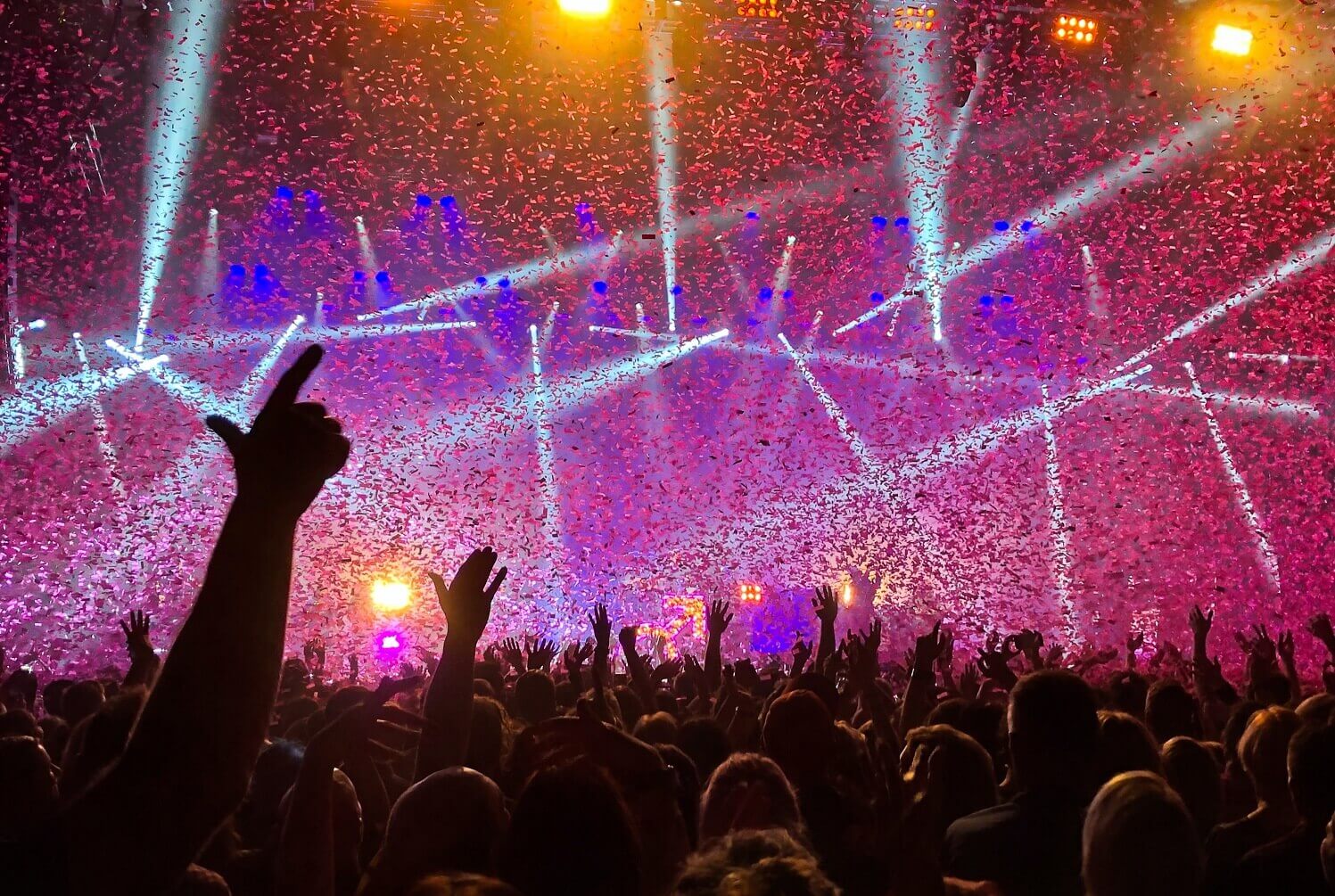 Just as there are certain scales and note intervals that sound pleasing to the ears, there are also specific orders of chords that we tend to use over and over again. There are really only a handful of chord progressions that all musicians use. In a band the drums, basslines, and chords are all mostly fair to share, it is the melody that can’t be stolen.

Common progressions for folk, pop, rock, and country are I-V (C-G) or I-IV-V (C-F-G). These sound great on their own for many songs. But if we throw a minor into the mix, labeled as vi, we introduce a whole new form of tension into the music. And it turns out that I-V-vi-IV (C-G-Am-F) sounds so great that it is one of the most famous pop chord progressions!

Four Chords to Rule Them All

Famous song examples for the I-V-vi-IV:

A Closer Examination of the Chords

Remember the difference between a major and minor chord is the third note. If we play the C major chord (C-E-G) it will sound strong and uplifting. Change it to C minor  (C-Eb-G) and that flattened third has more of a sad sound. The position of a note relative to its root is known as the scale degree.

Now that is a topic all on its own, but for now, keep in mind that there are specific chords for each scale degree:

The most powerful of those chords are the root C, the fourth F, the fifth G, and the natural minor Am.

These same scale degrees work in every key! And back in the day, some Nashville musicians decided it’s easier to learn the scale degree number, to help keep instructions and key changes simple. Like the Circle of Fifths, this chart below should be right beside your piano!

Regardless of the key, the I- vi- IV-V order has a structure that suits pop chord progressions. Now keep in mind that not every song uses the same chord progression the whole time. Sometimes this is heard in the chorus, other times in the verse. If you want your I-V-vi-IV progression to stand out, start stacking notes on the chords to give the progression a more unique vibe (and maybe follow basic scales to make it sound good).

There is More From Four!

I-vi-VI-V or G-Em-C-D (for the key of G, use the chart above for any key you want!) If it has a doo wop or soul sound you are hearing this chord progression!

The vi-IV-V-I or Am-F-G-C is often used in more sensitive or inward-looking songs.

How to Apply the Pop Chord Progressions in Daily Practice

This is how a trained musician can walk into a studio and be able to play almost any song. By knowing the scales and chord progressions you can quickly adapt to any musical situation. As long as you know these popular pop chord progressions, you will be able to fake your way through playing a lot of tunes you may not officially know.

Of course you have to use your ears and listen to make sure you are in the right key of the song. And don’t forget chord inversions (playing the chord notes in a different order) can make all the difference. Also as mentioned above you can always add more notes to make the chords more complex. These chord progressions are basically the skeleton of a song, now you need to learn how to add the rest of the body to make it look different from the rest!