The Most Important Scales For Jazz Piano 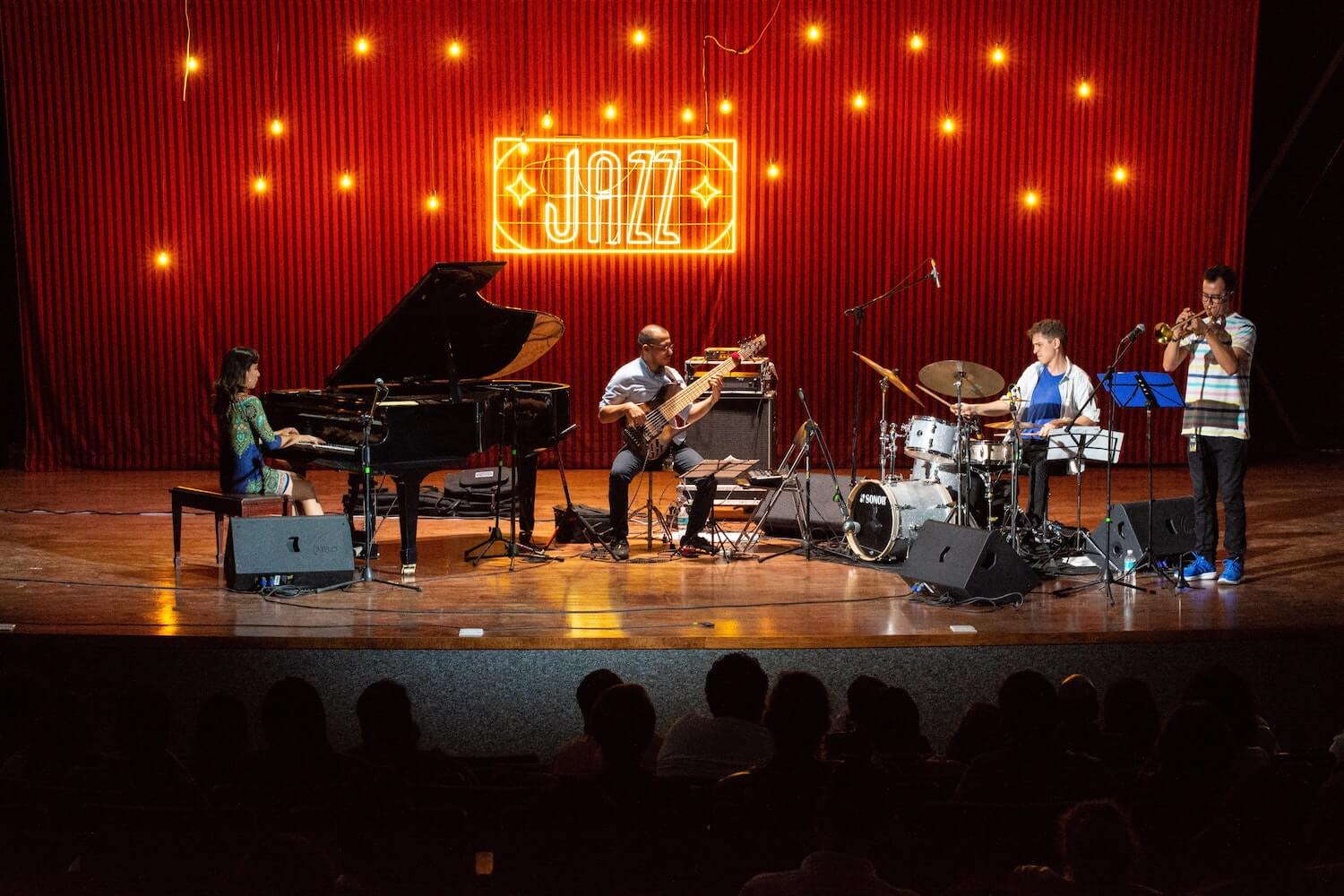 Scales are not everyone’s cup of tea, when teaching pop and rock type songs we water that tea down with plenty of milk and sugar. In some cases teachers just show the very basics, as some students have no interest. But if you want to dive into the world of playing scales for jazz piano, it is a fact you need to love that cup of tea!

That’s because jazz scales for piano are mostly the same scales used by the greatest classical composers. Jazz holds its rightful place as a thinking person’s music, as it involves an intimate knowledge of theory. And that’s not to say its better music than other genres, it just simply wants to stand out, innovate, and musically express more than most.

In the study of scales, especially in jazz, we often talk about modes. The mode is a way of telling the musician the sound of a particular scale. Below are all the modes of the major scale. Like the Circle of Fifths it is ok if it looks confusing at first. Play each one and notice how the different notes change the vibe of the music.

The main difference between pop and jazz, is the resolution and notes used. Most popular, radio friendly music is in a major or minor scale that uses blue notes. And remember the blue notes are often flattened thirds, fifths, and sevenths. So a pop song might use a C major progression with the chords C-F-G, and the main scale being:

However they will also include blue notes like Eb instead of E or Bb instead of B. This is what causes the tension and vibe in pop and rock. Technically these notes are wrong and not in the scale, but they sound great! However the blue notes always resolve back to that C scale.

Jazz prefers to use different scales over each chord, essentially making it more evolving and less resolving. When people say they don’t like jazz, what that usually means is that they prefer music that has a repetitive and familiar feel. Which is fine, as liking simple music isn’t a bad thing. Pure off the hook bebop jazz is musically brilliant, but it lacks a chorus for everyone to sing along too! So technical brilliance doesn’t always equal emotion.

The main theory behind jazz is that study of chord-scale compatibility. Jazz musicians want to find all the possible notes they can play over a progression. Instead of playing the C scale with some blue notes they will play other scales over the F and G chords. The point isn’t to musically play safe, but to experiment.

In chord-scale theory you often focus on all the possible scales and notes that can be played, and most of all you learn the avoid notes. Those absolute tones that just do not fit the chord and progression that you are playing at all! Classical and pop tells you to fix those dissonant notes! While jazz says, throw some dissonance in… just not the avoid note as those are simply too dissonant!

And even then, there are times when the avoid notes are occasionally used! Jazz is a finicky beast that cannot be tamed!

As a beginner it will not be easy to wrap your head around all the music theory rules. When we say common avoid notes are often the minor second and perfect fourth, this may not make sense. And that’s ok, we will show you some of the most common jazz scales used to get you going in your playing. But as you practice you have to pay attention as to why the scales work so well.

In a nutshell the melodic minor scale is different depending on whether it is ascending or descending. For now we will focus on the ascending melodic minor as that is an incredibly popular jazz scale for piano:

In fact the melodic minor even has its own chart of modes. Try the scales out and as you play them repeatedly you will get the feeling they produce.

The last one is another common jazz scale known as the Altered Scale, as every non-essential tone has been changed. It has a very unique and distinct sound. At first jazz seems to be all over the place, until you start recognizing the scales.

And there is some bad news, as you get into altered scales and quirky modes, they can sometimes have multiple names! Yikes! But don’t let that bog you down. If theory of the scale isn’t sticking, at least focus on the vibe and sound they produce.

This is also known as the octatonic scale as it has 8 notes! It is also symmetrical as each note is the same number of steps apart. And because we only have 12 notes on the scale that means diminished scales and chords only have 3 kinds. As in the Eb diminished chord is the same notes as the Gbdim, the Adim, and Cdim chord. Thanks to this symmetry, this scale is easier to keep track of:

Just as its name suggests each note in this scale is one whole note apart. Because of this and its lack of leading tone, no single note stands out. Again, thanks to there being only 12 notes there are only two whole-tone scales:

Because these lack semitones and are all the same length apart they lack the normal harmony you would hear in most popular music. Each note becomes its own tonal center.

What Are Your Goals for Jazz Scales?

That’s all an incredible amount of music theory to throw out but focus mostly on learning these common piano jazz scales. Pay attention to which notes are raised and lowered and how far apart they are from one another. If you want to become a phenomenal jazz player, then study your scales every day and memorize them.

However these days, jazz is mostly mixed with other genres, often known as fusion. This is often a musical genre that uses these scale and mode concepts above, however they will still come back to the occasional normal resolution because most listeners like it. Either way knowing some of these simple jazz scales will help you spice your piano improvisation skills up without devoting years to theory!

Want to play some jazz pieces on piano? Have a look at the OKTAV Jazz charts!